Table of Contents
When in the Bible does it talk about the ephod?
What was the purpose of the ephod?
Is the ephod relevant to Christianity today?
The Ephod Bible Scripture Verses (KJV)

The ephod was more than a simple garment for the High Priest of Israel, it also held spiritual significance. It acted as a physical reflection of God's relationship to His people and displayed His glory to them.

The materials used were carefully chosen by the Lord, as He instructed Moses to use “gold, blue, purple and scarlet yarn, and finely twisted linen” (Exodus 28:6).

In Exodus 28 the Lord describes how the ephod should be made including the specific measurements and details of each component. This description emphasizes God's attention to detail and shows His desire for perfection. The gold fastenings that symbolized holiness, blue representing god's authority, purple symbolizing beauty and scarlet representing justice all embody His will for mankind.

The importance of the ephod is also seen in its usage in everyday religious worship practices. When Aaron entered the Holy Tabernacle wearing the ephod, it was seen as an act of reverence and service towards the Lord. During this sacred time he would seek God's guidance through priestly intercession on behalf of the people.

The ephod also acted as a reminder that the Lord was among His people by its very presence within the tabernacle. Its special place carries with it a powerful symbolism that indicates God's presence in every aspect of life for His followers. It also provided a tangible connection between Him and man through daily prayer which served as an important part of worshiping Him faithfully .

Just like Aaron sought His favor through prayer while wearing the ephod, today we can still come before God with humility and reverence in our own prayers.

By doing so we show our commitment to the Lord and our duty as Believers to seek His advice on all matters concerning us personally or within society at large.

The spiritual significance of garbing ourselves with faithfulness remains unchanged in God’s eyes today just as it did so many years ago when He first prescribed making an ephod for Aaron in Exodus 28. When in the Bible does it talk about the ephod?

The ephod is mentioned in the Bible multiple times, with its primary appearance being found in Exodus 28. This chapter talks about God's instructions for making a special priestly garment for Aaron and his sons.

The ephod was to be made of fine linen, gold and other precious stones. It was to be crafted according to the Lord's precise specifications, including two shoulder pieces set with two onyx stones containing the names of six tribes of Israel.

In addition, God commanded that an intricate decoration should be created on the ephod featuring blue, purple and scarlet yarn, as well as twisted threads of gold.

Other passages mentioning the ephod include Leviticus 8:7-9 and Numbers 3:10-13. Both talk about God's instructions for how Aaron was supposed to wear the ephod while performing priestly duties.

In 1 Samuel 2:18, He speaks through Hannah and mentions that He gives strength to those who wear a special garment - in this case likely referring to the ephod worn by priests.

1 Samuel 21:8-9 also mentions David wearing a linen ephod when he went to consult God at Nob.

Through these references in scripture we can see why the ephod was viewed as such an important part of a religious ceremony for God's people throughout Biblical times.

What was the purpose of the ephod?

The ephod, a sacred garment mentioned in the Bible, had a number of purposes.

Firstly, it was to be worn by the High Priest of Israel when entering the Lord's presence and conducting various rituals.

It was also intended to serve as a constant reminder of God's specific commands and desires for his chosen people – particularly Israelites whose faithfulness to Him allowed them access to His presence and blessings.

Furthermore, the ephod symbolized His holiness and power over His people as well as their commitment to obey Him.

Finally, God instructed that when an inquiry was made concerning something He wanted done on earth or in heaven, the priest would consult Him while wearing the ephod. This granted clear communication between man and God since this divinely appointed garment served as an intermediary between them both. Is the ephod relevant to Christianity today?

The ephod also served as an important part of worship for God's people in ancient times. It was used during different ceremonies and rituals to bring Him closer to His people.

The priests of Israel were instructed by Him to wear the ephod when they were offering sacrifices or ministering to His people. The ephod was considered sacred because it represented His presence.

The symbolism of the ephod continues to be relevant for Christians today. Many Christian and Catholic churches use a similar vestment for religious services. This vestment is often called a chasuble or surplice, which is derived from the word 'ephod'.

Wearing this garment serves as a reminder that God is among us and that we should always seek Him out in our lives.

Additionally, just like the ancient High Priest of Israel wore an ephod while officiating ceremonies on behalf of the Lord's people, many Christian pastors will also wear a chasuble while officiating church-related functions such as weddings or baptisms.

The relevance of the ephod goes beyond just religious garments for ceremony purposes. It has also been interpreted symbolically in terms of righteousness and holiness throughout church history.

In modern-day Christianity, it serves as a reminder that God calls us all to be holy like Him (1 Peter 1:15) and that we must strive continuously towards righteousness (James 3:2). We must stand firm in our faith even when doing so may not be popular or easy (Hebrews 11:27).

By understanding what the ephod meant then and what it means now, Believers can look at the ephod with greater appreciation today than ever before and can seek to apply its deeper meanings into their own lives.

Exodus 28:1-43 - And take thou unto thee Aaron thy brother, and his sons with him, from among the children of Israel, that he may minister unto me in the priest's office, even Aaron, Nadab and Abihu, Eleazar and Ithamar, Aaron's sons.

Exodus 39:1-43 - And of the blue, and purple, and scarlet, they made cloths of service, to do service in the holy place, and made the holy garments for Aaron; as the LORD commanded Moses.

1 Samuel 23:9 - And David knew that Saul secretly practised mischief against him; and he said to Abiathar the priest, Bring hither the ephod. 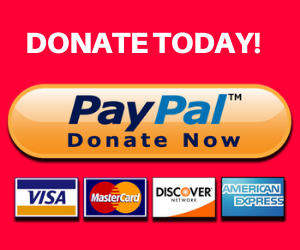 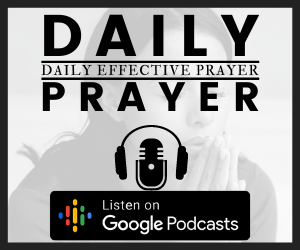